How old is advertising as a concept? The answer is that it depends on how you define advertising. If you want to go back to historic times, paintings on walls in ancient Rome or symbols in Babylon can be deemed as adverts, but large-scale advertising, as we now know it, is generally accepted as having begun in the early 20th century.

Advertising has become a major force in our civilisation. 100 years ago, it was based primarily on magazines and newspapers, but during the 20th century, advertising grew quickly. New technology opened up new mediums including radio, television, direct mail, the internet and mobile devices.

Whatever type of advertising is chosen, it can increase your company’s profile, both to the public and within your industry. It can help you to attract partners to expand your business and gain more customers.

This in turn helps you to increase word-of-mouth referrals, because when new customers buy your products or services as a result of advertising, the more these customers will share their thoughts with others about your company via word-of-mouth.

The first recognised major advertising campaign was launched during the First World War, in the shape of a recruitment drive. Artist James Montgomery Flagg was commissioned by the United States government to design a poster to encourage men nationwide to join the Army.

His iconic figure, the fictional “Uncle Sam”, was depicted pointing his finger directly at the American public, with the caption, “I want YOU for the US Army – enlist now,” emblazoned in bold blue and red type across the poster. It has been labelled the “most famous poster in the world”.

The UK developed its own version, with Lord Kitchener, the British Secretary of State for War, pointing his finger and saying, “Britons, I want you! Join your country’s army.”

It was such a successful advertising campaign, with the direct approach making it appear like the patriotic figures were addressing each and every person individually, that a new version was drawn up for the second world war as well.

In the early years of the 20th century, advertising was dominated by agencies, operating from major cities in Europe such as London and Paris. In the US, the ad agency J Walter Thompson opened in 1896 and by the turn of the century, it was expanding globally. Its first international office was in London and it opened further offices in South Africa, Asia and Egypt.

Advertising was already big business in America by 1904, when the Associated Advertising Clubs of America was launched – an organisation comprising advertisers, agencies and media representatives.

In 1906, cereal manufacturer WK Kellogg placed his first adverts for Corn Flakes in six mid-western newspapers. In 1915, he was reportedly spending $1 million on advertising nationwide.

According to Daniel Pope, author of The Making of Modern Advertising, almost $3 billion was being spent across America on advertising as early as 1920.

In 1922, AT&T’s New York-based radio station, WEAF, launched the world’s first radio adverts. The station offered 10 minutes of radio time for $100. The Long Island real estate firm, The Queensboro Corp, bought the first radio commercials in advertising history. In total, they went on to buy 15 spots at $50 each, after their initial adverts promoting a new apartment complex, Hawthorne Court, in Jackson Heights, resulted in sales totalling thousands of dollars.

Radio advertising took off in a big way in 1924, when Goodrich Tyres sponsored the first hour-long networked show, which was broadcast over nine radio stations. In 1938, for the first time in history, radio advertising surpassed magazines in terms of revenue.

Great Britain, however, was lagging behind significantly in terms of radio advertising, due to the BBC’s domination of the airwaves.

Although Brits were familiar with radio commercials on the likes of Radio Luxembourg, the first British radio advert wasn’t broadcast until 8th October 1973! Bird’s Eye fish fingers were advertised in a 60-second slot on LBC, the UK’s first commercial station.

In 1928, the Lucky Strike Dance Orchestra, sponsored by the cigarette brand, launched its own radio show, broadcast over 39 NBC stations. The American Tobacco Co was spending $12.3 million to advertise Lucky Strike by 1929 – the largest amount any individual company had ever spent to advertise a single product.

Edward Bernays, the nephew of famous psychoanalyst Sigmund Freud, was recognised as a pioneer of early advertising. Tapping into his uncle’s work, he believed in the power of targeting and harnessing human instincts, which he referred to as creating a “sublimated” desire to purchase something.

He channelled his ideas into cigarette advertising in the 1920s, including his famous campaign to promote female smoking in 1929, branding cigarettes as “Torches of Freedom” to appeal to the newly emerging feminist market. The famous female pilot, Amelia Earhart, a non-smoker, endorsed Lucky Strike.

In 1941, the world’s first TV advert was aired in America. Around 7,500 households had a television set in New York alone, so NBC’s WNBT began trialling adverts on 1st July. The first ads featured a Bulova brand watch.

The United Kingdom was behind the US in terms of television advertising too, as the BBC had never taken adverts since its launch in 1932, but was the sole channel for more than two decades. The first television ad in Britain was aired on ITV on 22nd September 1955 (the independent network’s launch date) advertising Gibbs’ toothpaste.

The same year, one of the world’s most famous advertising campaigns, the The Marlboro Man, made its debut. It gave the impression smoking was “cool” in the days before the health risks were fully understood.

The soft drinks wars kicked off in 1955 with the first Coca Cola ad on TV. In 1963, the launch of The Pepsi Generation advertising campaign gave Coca Cola more competition.

In 1970, one of the world’s leading ad agencies, Saatchi and Saatchi, was first established in London, quickly becoming well-known for its unique and innovative advertising campaigns.

In 1993, the face of advertising was changed forever when the Internet became a reality, with five million users worldwide getting online. Despite its relatively primitive operational methods in the early years, compared with today’s technology, it opened up new advertising opportunities for businesses across the world.

In August 1995, Microsoft supremo Bill Gates reportedly paid rock group the Rolling Stones $14 million to use their anthem, Start Me Up, in his first television commercial for Windows 95.

Suddenly, the mysterious “World Wide Web” was no longer something just for techno-geeks. Everyone from schoolchildren to company directors began logging on to their desktop computer. Advertisers started planning digital advertising campaigns, bringing about the most significant industry change since the launch of television.

Advertising has surely come a long way since the early years! 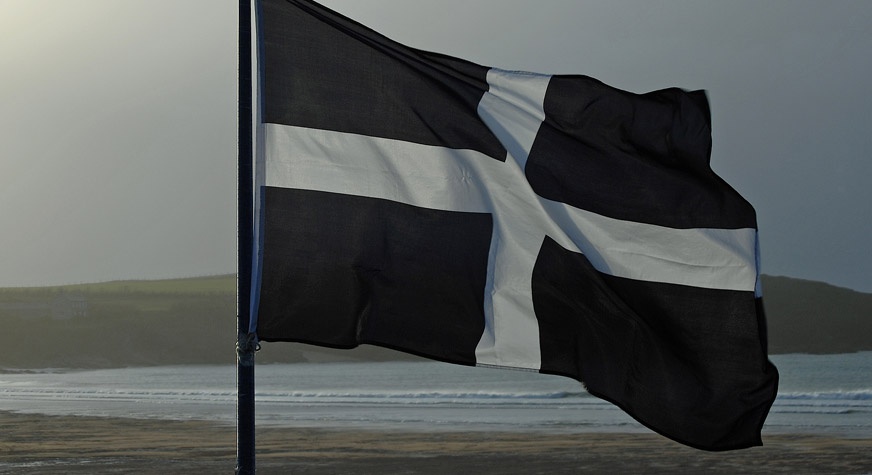 The German Bombings: Why 28,000 People Evacuated to Cornwall